8And there were in the same country shepherds abiding in the field, keeping watch over their flock by night.a
13And there was a multitude of the heavenly host praising God, and saying, 14“Glory to God in the highest, and on earth peace, good will toward men.”
(Lk. 2:8, 13, 14)

a   “keeping watch over their flock by night.”—During the wintertime, from November until April, when pasturage became slim and rain and cold weather threatened, sheep could no longer be kept outdoors and were placed under cover. Since the sheep were out at night it is likely that Jesus' birth occurred in or around the warmer summer months. Thus we may conclude that Jesus was born around the middle of the year 7 BC, rather than early or late in that year. 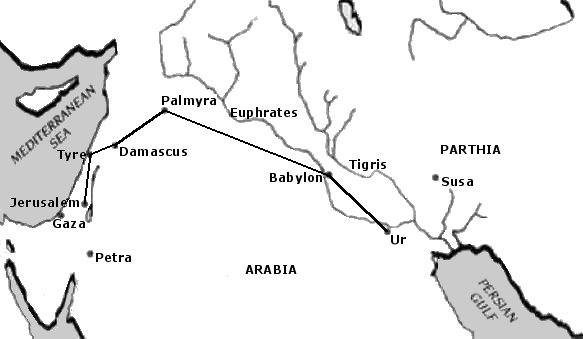 Possible Route of the Wise Men


8
Next Back
Print All Pages